After many months of planning it feels quite strange to us that PASIG 2017 is over. Hosting the PASIG conference in Oxford has been a valuable experience for the DPOC fellows and a great chance for Bodleian Libraries’ staff to meet with and listen to presentations by digital preservation experts from around the world.

In the end 244 conference delegates made their way to Oxford and the Museum of Natural History. The delegates came from 130 different institutions and every continent of the world was represented (…well, apart from Antarctica).

What was especially exciting though were all the new faces. In fact 2/3 of the delegates this year had not been to a PASIG conference before! Is this perhaps a sign that interest in digital preservation is on the rise?

As always at PASIG, Twitter was ablaze with discussion in spite of an at times flaky Wifi connection. Over three days #PASIG17 was mentioned a whopping 5300 times on Twitter and had a “reach” of 1.7 million. Well done everyone on some stellar outreach! Most active Twittering came from the UK, USA and Austria. 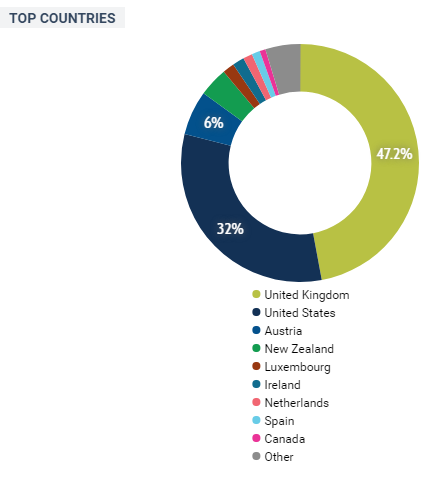 Although it is hard to choose favourites among all the Tweets, a few of the DPOC project’s personal highlights included:

Cambridge Fellow Lee Pretlove lists “digital preservation skills” and why we cannot be an expert in all areas. Tweet by Julian M. Morley. 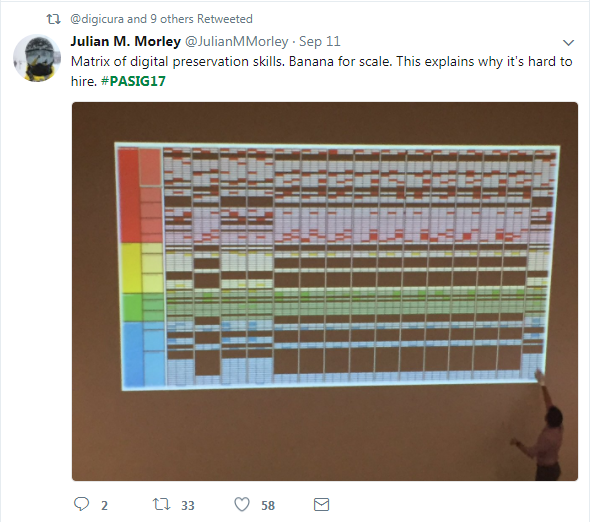 Bodleian Fellow James makes some insightful observations about the incompatibility between tar pits and digital preservation. 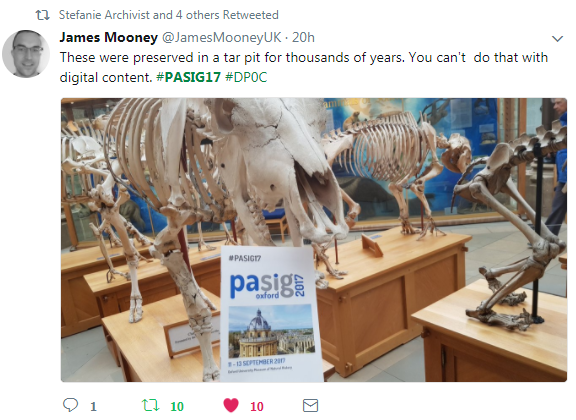 Cambridge Fellow Somaya Langley presents in the last PASIG session on the topic of “The Future of Digital Preservation”. 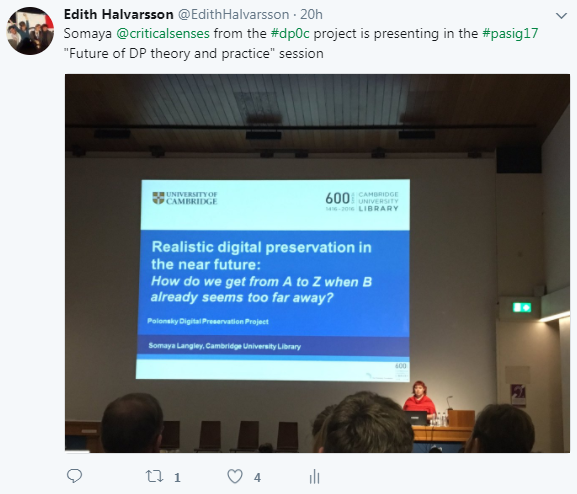 What were some of your favourite talks and Twitter conversations? What would you like to see more of at PASIG 2018? #futurePASIG